There are currently no events scheduled.

AHRA will be speaking to the lovely Asanda Gcoyi: CEO of VPASA (the Vapour Products Association of South Africa) about her career and how she came to being such a prominent figure in the THR industry. We will also learn about VPASA, and how the organisation serves consumers and manufacturers of THR products.

WHO IS ASANDA GCOYI?

Asanda is the CEO of VPASA, a position that she has held for the last 3 years, working from her home in Pretoria.

Since taking the helm of VPASA at the end of last year, Gcoyi has made great strides in ensuring South Africans have access to accurate and educational information about EVP. The organisation has aligned itself with the United Kingdom Vaping Industry Association (UKVIA), a forum for the support, development and promotion of the vaping industry in that territory, and abides by the best-practice rules of the UK government agency Public Health England (PHE), which supports the switch to vaping by current and former cigarette users, with the aim of eventually stopping nicotine consumption altogether.

Over the past 14 years, Gcoyi has steered the ships of other large companies such as Frontline Africa Advisory, a public policy and regulatory affairs advisory firm, and human-capital firm Cross Border Talent. She earned a postgraduate degree in Journalism and Media Studies from Rhodes University in Grahamstown, South Africa, and holds an MBA from Peking University in Beijing, China. These achievements, along with her many entrepreneurial endeavours, has allowed her to bring a cornucopia of knowledge to VPASA – a wealth of knowledge that goes well beyond any job description written on paper.

“Everything I’ve done career-wise up to this point has helped me in both how I see my role as CEO of the association and as a responsible citizen of South Africa,” she says, noting her exposure to government, civil society, corporate as well as entrepreneurship. “This has enabled me to have a multi-stakeholder strategic approach to everything we do as an organisation. I appreciate what each of my past experiences brings and am able to leverage that to see results.”

With her exposure to diverse, cross-cultural environments and experience in execution strategy across business systems development, marketing and human resources, you would be forgiven for thinking this well-heeled powerhouse stepped into the role of CEO as easily as vaping has taken over the headlines. Instead, Gcoyi is the first to admit that her initial career ambitions had been elsewhere. Specifically, the media industry.

“I spent the whole of 2006 working in television production and hoped to stay in that field after committing four years of studies towards it. However, it was not what I thought it would be and I ended up doing communications for a non-governmental organisation. I haven’t looked back since!”

Her work in the not-for-profit arena lasted two years before she moved to a government agency, but also spurred her move to China in 2010 to pursue her MBA at Peking University, a decision she says was deliberate. “Peking is the number-one institution in China and also happens to house the National School of Development, the country’s leading think tank.

“My time there helped me hone a deeper appreciation of relationships within the professional environment and the importance of working with all people – those who are for and those who are against you.”

On her return to South Africa, Gcoyi worked in public policy advisory, interacting with the EVP industry. But it was her husband’s transition to vaping in 2016 that provided her with a purpose. ‘After witnessing him quit smoking after 20 years, I know first-hand what vaping can do for a loved one,” she smiles. “I truly believe in the industry and want to play a part in shaping its future – for my husband and other people like him who have turned to the less-harmful alternative of electronic vapour products.”

Outside of EVP, Asanda’s home life is filled with family. Her two young girls – ages 10 and six – keep her on her toes, while her downtime is spent indulging in the age-old pastime of reading. “There’s nothing more satisfying than cracking open a book on a Sunday afternoon in the sun,” she quips.

But come Monday, it’s back to business. For Gcoyi and her team at VPASA, education is a key element of what the association aims to achieve. “The lack of knowledge across the board is astounding,” she says. “There is a deliberate ignorance of scientific facts, even from individuals who are meant to regulate in this area.

“In addition to PHE, there are many other reputable institutions that have come out in support of EVP as a less-harmful alternative to combustible tobacco, yet anti-smoking advocates and others continue to categorise smoking and vaping as one and the same. It doesn’t make sense to me at all.”

Indeed, to drive this point home, the South African government included EVP in its draft Control of Tobacco Products and Electronic Delivery Systems Bill, 2018, which is still under review. VPASA has submitted a response to the Bill and is awaiting a workshop with the National Treasury to discuss the way forward on taxation and regulation of EVP. Until then, Gcoyi and the vaping industry are doing all they can to help millions of smokers improve their health by providing advice and guidance on EVP as a harm-reduction alternative.

“I was created for a very specific purpose and this is merely one step on that journey,” she muses. “Years from now, no matter where I end up, I want to be able to say we did all we could to give this industry the best possible chance it deserves.”

This article was first published by Annalist.Africa on the 16 July 2020.

A discussion about oral nicotine products: their safety, benefits and how they can improve public health through appropriate regulation.You can watch the webinar recording HERE.

A Twitter chat with @AfricaHRA, Aishat Alaran and the Board Members of Campaign for Safer Alternatives.

Aishat Alaran is a pharmacist and researcher, global health advocate, scholar and public health researcher. She is Nigerian and enjoyed spending her time advocating for tobacco harm-related matters in her home continent of Africa. 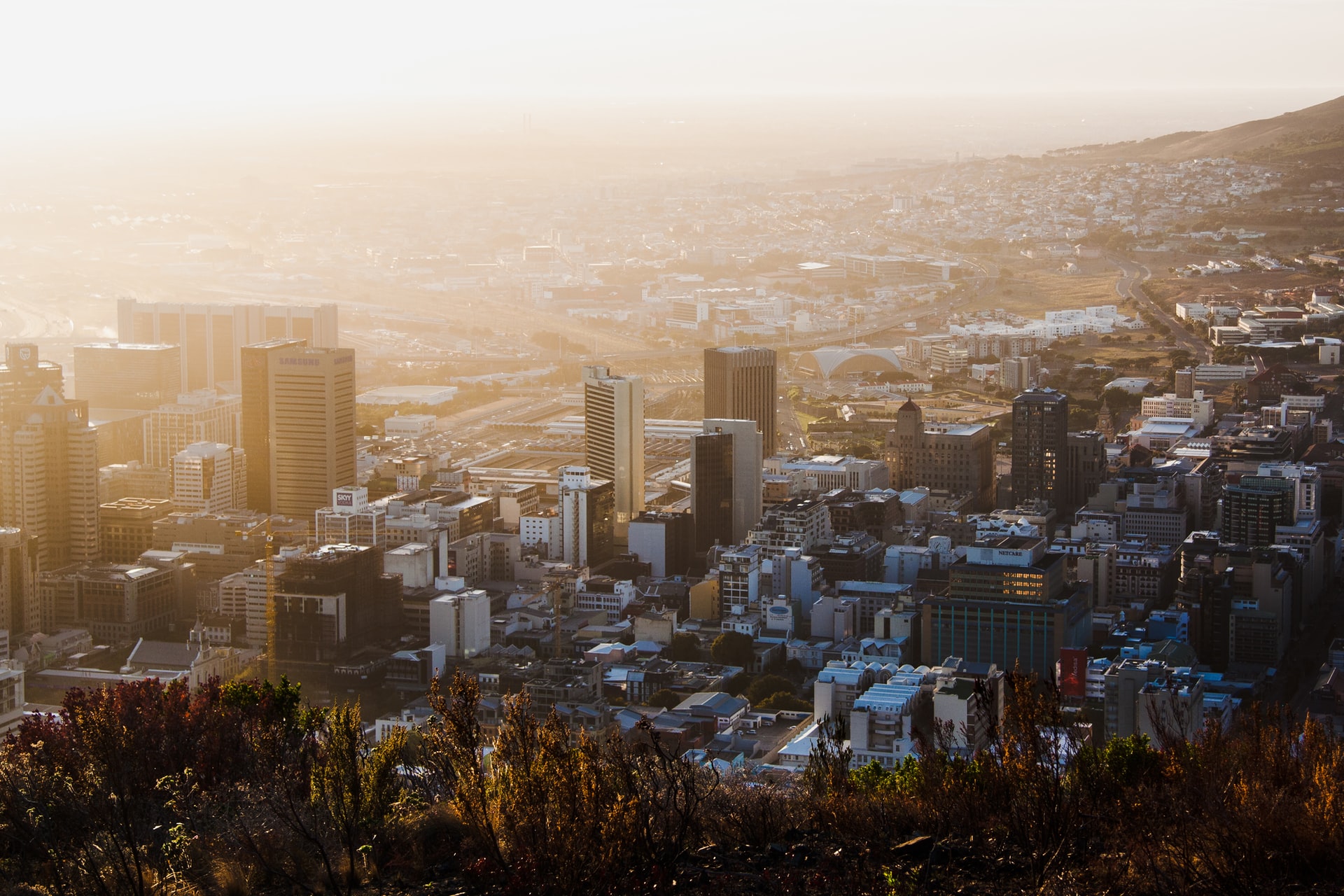 Subscribe to our newsletter to receive updates from Africa Harm Reduction Alliance.

We use cookies on our website to give you the most relevant experience by remembering your preferences and repeat visits. By clicking “Accept All”, you consent to the use of ALL the cookies. However, you may visit "Cookie Settings" to provide a controlled consent.
Cookie SettingsAccept All
Manage consent

This website uses cookies to improve your experience while you navigate through the website. Out of these, the cookies that are categorized as necessary are stored on your browser as they are essential for the working of basic functionalities of the website. We also use third-party cookies that help us analyze and understand how you use this website. These cookies will be stored in your browser only with your consent. You also have the option to opt-out of these cookies. But opting out of some of these cookies may affect your browsing experience.
Necessary Always Enabled
Necessary cookies are absolutely essential for the website to function properly. These cookies ensure basic functionalities and security features of the website, anonymously.
Functional
Functional cookies help to perform certain functionalities like sharing the content of the website on social media platforms, collect feedbacks, and other third-party features.
Performance
Performance cookies are used to understand and analyze the key performance indexes of the website which helps in delivering a better user experience for the visitors.
Analytics
Analytical cookies are used to understand how visitors interact with the website. These cookies help provide information on metrics the number of visitors, bounce rate, traffic source, etc.
Advertisement
Advertisement cookies are used to provide visitors with relevant ads and marketing campaigns. These cookies track visitors across websites and collect information to provide customized ads.
Others
Other uncategorized cookies are those that are being analyzed and have not been classified into a category as yet.
SAVE & ACCEPT